I went to the Ghost Sign Hunters seminar this afternoon, which I really enjoyed. I'm not going to write about that tonight though, partly because my brain's tired and partly because there's a bunch of things I want to follow up on before I blog about it. 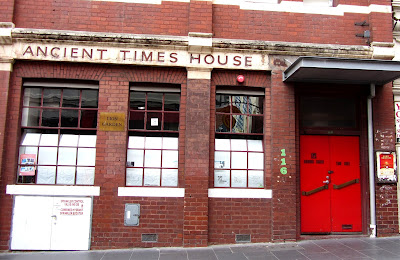 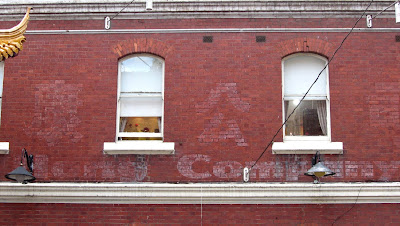 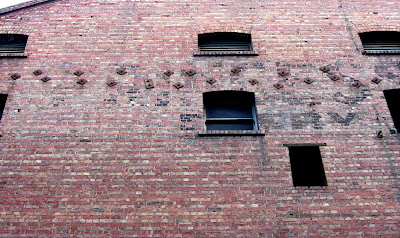 This is at the top of Little Bourke Street. It's too ghostly to read 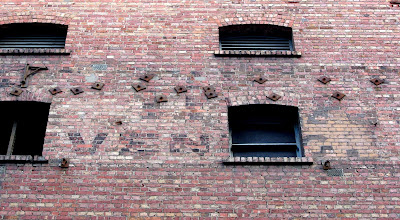 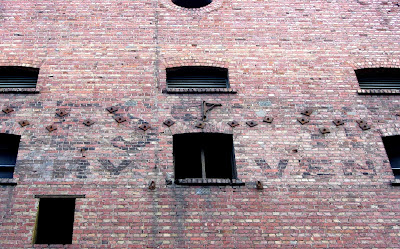 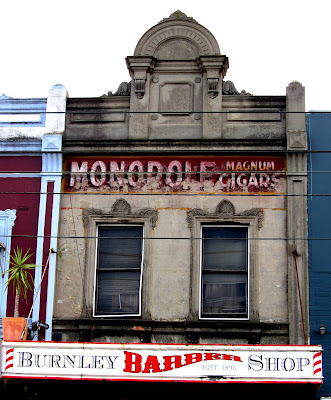 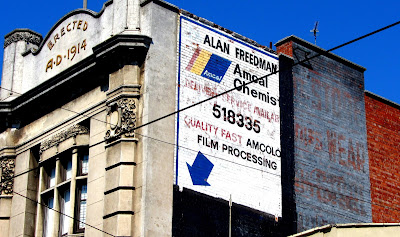 Chapel Street, Prahran. I think there's three old signs here -
the two obvious ones, and another underneath the
Amcal Chemist sign. I can only make out the words
'store' and 'wear' on the right 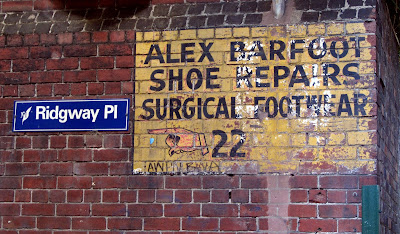 Little Collins Street, on the tall garden wall of the Melbourne Club.
Alex was probably destined to work with feet... 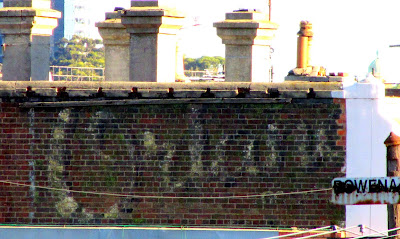 I've seen this sign on the corner of Punt Road and Rowena Parade
in Richmond  a dozen times while driving past, and finally took
a photo last week on the way home. I didn't know exactly what it said
until today, when the small sign on the bottom right in the
photo below caught my eye at the ghost sign seminar. 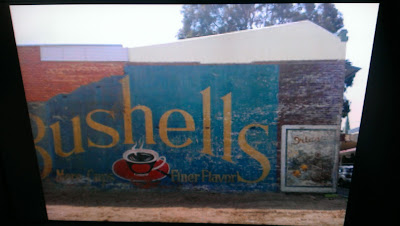 My photo (of Stefan Schutt's photo) isn't very good, but thanks
to Stefan I now know it's a sign for Orlando Wines. These
signs are in Surrey Hills and were revealed by the demolition
of the neighbouring building 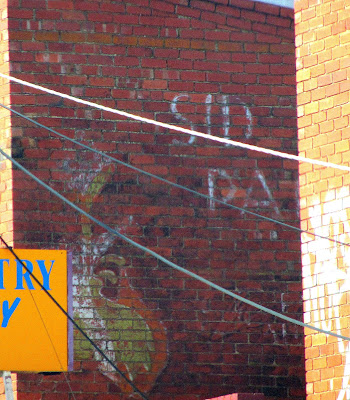 Taken through the car window while stopped briefly at
traffic lights on Bridge Road in Richmond. It's a bit far
gone too. What's that thing on the left? A pear? 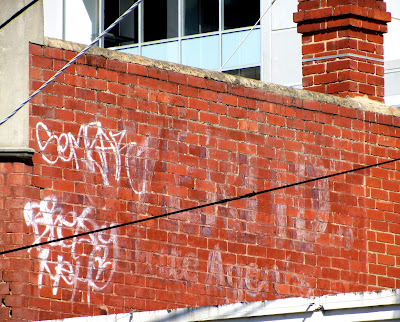 This was my sole find on Bourke Road in Camberwell.
The bottom line says 'estate agents' 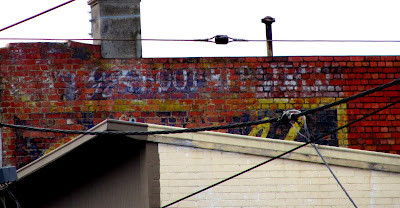 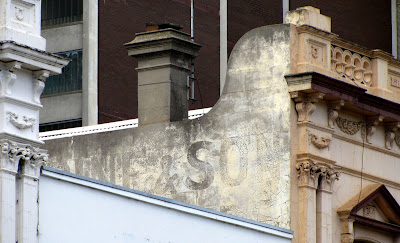 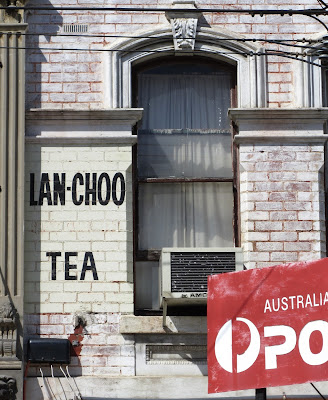 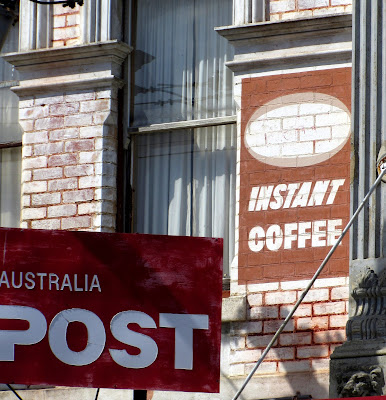 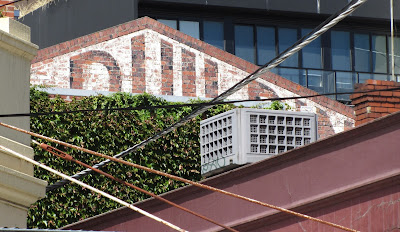 I spotted this from the footpath on Glenferrie Road, near
the train station.  I thought I'd get a better view from the train
platform which is elevated above road level, but it was still
obscured. I did get a quick glimpse as I went past on the train -
it says 'building'. 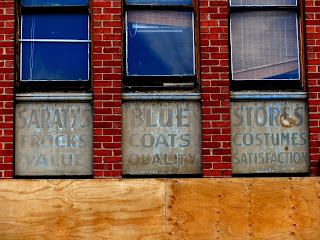 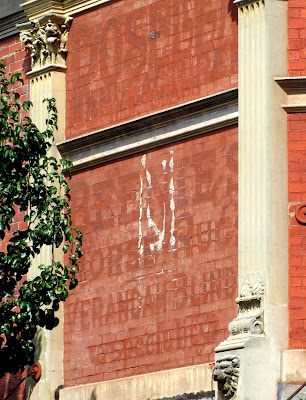 And I've saved the best til last. I can't make out the top bit,
but I'm fairly sure the bottom reads 'Beenie's Horse Rugs
Verandah Blinds a Specialty'!

Some great pictures. I am looking forward to hearing about the Ghost Sign Seminar.

Have you thought of posting your historical Ghost Signs on Melbourne's HistoryPin map?